As a teenager my bedroom walls became covered in Roger Dean posters. It is the mid–1970s. Pocet money was spent in the ‘Kard Bar’ in an arcade that wadsubsequently consumed by the Eldon Square complex, Newcastle on Tyne.

Forty years later at the other end of the country I am driving around East Sussex looking for furniture. I stumpledupon Trading Boundaries at Sheffield Park courtesy of a road close between Haywards Heath and Newick. I find several pieces and also learn that Roger Dean, the rock artist and sci–fantasy illustrator is putting on an informal show of his work: originals and sketches from drawing pads and signed posters.

One image takes me into my childhood bedroom where I first put up a Roger Dean poster. Another image takes me into my teens, into the larger guest bedroom in the house and a growing collection. I must have recognised a dozen. I’d need to check my diary entries for that time to get an idea of price. £4 or so in the 1970s?

I was reading the likes of ‘Time Enough for Love’ Robert Heinlein. The teenage boy fantasizing about ‘the world beyond … ‘ I even have my efforts age 13 at writing science-fiction that became Blue Lagoon in space I called ‘Adam & Evie’.

My son joined me. He is interested in urban art and graphic design. He’s always loved designing fonts so perhaps this would inspire him. He puzzled over untangling the e from ‘Yes’ – the many logos, album sleeves and posters Roger Dean created for the band. We saw a 2010 cover for Cliffe Bonfire Society which explains his presence in this part of the world – Lewes attracts artists.

The non-fiction choice, Book 101, is ‘The magnificent Mrs Tennant by David Waller’.

Having kept a diary since my early teens in which I recorded what I was reading (including school text books), I have an extraordinary insight into what was being put in front of my mind. What I find remarkable is how, if courtesty of the Internet and Ebay I dig out these books how quickly my mind can pick up where it left off 30+ years ago. This ‘window’ is a short one, at this level. In a few years I abandoned the set format of the ‘Five Year Diary’ with its specific pages to complete. On the other hand, are there not blog and social media platforms that go out of their way to encourage you to reveal something of yourself through what you read, watch and do?

This list is fluid and understandably incomplete. I have not put in Dan Brown’s ‘Da Vinci’ for example, as I feel it would have to come with a caveat – I read it to find out what the fuss was about. I felt as if I’d been made to play a game of snakes and ladders through an alternative and ridiculous world. It may also have put me off ever believing I could compete as a commercial author if this is what it requires. My excuse might be quaified by the French Movie Director Francois Truffaut who argued that you had to read everything, especially the ‘trash mags’ – indeed, the trashier the book the easier it is to turn into a film?

What attracts us to lists?

I should create a list of the books I’ve tried to read but could not: Ulysseys, War and Peace, Enid Blyton … any other Dan Brown! (Actually, Michael Crichton, even Stephen King, can be as daft and crass).

I see too there are still a few non-fiction works in here; I’ll filter these out in due course as I build my 100 Non-Fiction list.

I am also electing to leave out books that had to be read at school, so I ought not to have Thomas Hardy, T S Elliot or Shakespeare. Nor do I include a book if all I’ve done is see the film, which is how I suspect the ‘popular’ lists compiled by the likes of the BBC are created.

As an exercise, you make a list and immediately start to change it, indeed, I’ve just thought of a very important piece of ficton I read based on recommendation; these often turn out to be the best reads, from people who know you. All my reading of Haruki Murakimi is the product of being part of a writer’s group for a while.

As I edit I will be seeking to keep books in that matter to me, that I could discuss and defend and that I’d like others to read.

Some choices are informed by a friend who read English at Oxford; others from the Guardian’s ‘Thousands Books’ you must read before you die, which, where the library could supply them I would follow, though often having to read something else by the same author (or getting distracted by something else on the shelf).

I will also extract children’s books, those I recall reading as a child, but also those I have read to my children.

2 The Lord of the Rings – JRR Tolkien

5 Remembrance of Things Past – Marcel  Proust

11 The  Naked and the Dead – Norman Mailer

15 The Birds and other stories – Daphne Du  Maurrier

21 One Day in the life of Ivan Denisovitch – Alexandr Solzhenitsyn

25 The Hitch Hiker’s Guide to the Galaxy – Douglas Adams

34 The Foundation of Paradise – Arthur.C.Clarke

40 Girl in a Coma – Douglas Coupland

44 All Quiet on the Western Front – Erich Maria Remarque

49 Lord of the Flies – William Golding

56 The Lords of the North – Bernard Cornwell

69 The Crimson Petal and The White – Michel Faber 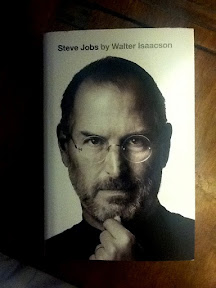 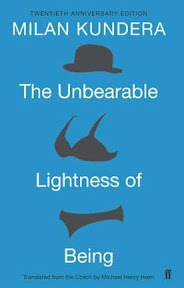 93 The Unbearable Lightness of Being – Milan Kundera

100 Where the Wild Things Are – Maurice Sandak

‘A writer spends his professional time in solitary confinement, refusing to accept telephone calls and declining to see visitors, surrounded by a dreary forest of reference books and somewhat-organized papers.’

I am this writer, when the opportunity offers itself to me. I have my den, my office, my space, and my shelves to the ceiling. I am like a fattening guinea pig unable to give birth because of the number of ‘kittens’ I have in the making.

I will burst from this space above a Red Cross Charity Shop in Lewes, East Sussex, England and spill my brains onto the street. I am will have fame posthumously at this rate.

I cannot ‘get anything out.’ I clock up the words, I fill pages, I print the stuff off, but I can never look back.

Writing needs to be like an exam and needs to take place under exam conditions. Exams that got me into Balliol College, Oxford to ‘read’ modern history required A and B grades in three ‘High School’ exams, I produced two As and two Bs. The ‘Oxbridge Exam,’ I have the papers somewhere, were and additional test, five papers over three days? I don’t remember?

I swam then, surfed them, and ran with them.

I found answering these papers exhilarating. I knew all there was to know; I had methods to ‘extract’ detail from my head. That’s how writing should be, a flurry of surfing waves, of jumping mounds of snow, an exciting ride that ends as you planned a minute or so after time is called on your work.

This is how I write.

I have a hundred ‘mind bursts,’ three hundred hours of writing to cohere, to fix, to finish and send out.

I miss my online lovers, I miss my contacts, I miss this silly world where we miscreants share our lives.