Educational social networking, tinkering and participation – the pedagogy of learning in the 21st century

February 23, 2011 6:17 am / 1 Comment on Educational social networking, tinkering and participation – the pedagogy of learning in the 21st century

We are looking at the role participation plays in learning, how this, rather than learning in isolation, is becoming the modus operandi on campus – something that perhaps grew out of social networking and Open Source ‘tinkering.’ 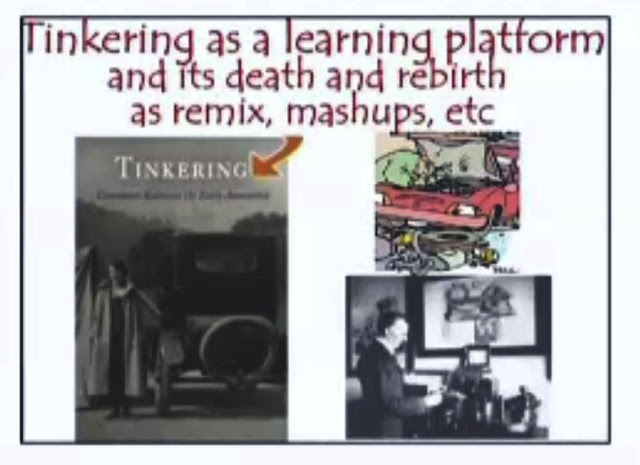 John Seely Brown gave a talk at the Open University in October 2007; it is as relevant today as it was 3 1/2 years ago. 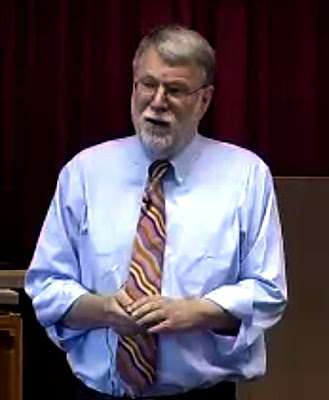 How should the degree of and the value of participation differ between the following four types of learning situation: primary, secondary, tertiary and ‘on the job.’

And how does this degree of participation through-out a term, day or even a lesson in relation to the context, the ratio of teachers to pupils, the subject matter, the mix of students, the time of day, period in the week, in the term and so on. And how does such participation rank. Or measure up, in terms of efficacy – the time in which certain learning outcomes need to be met and assessed?

Learning that might be described as mechanical, compared to intellectual, for example, between how to fill a drum with uranium trioxide correctly, reliably and safely compared to learning a language. And even within these examples, how does the person’s preferred learning style come in to play?

Participation is being recognised as a shift to make more of something that has always occurred, but is enabled by current technology, so that such participation is as possible at a distance, as it is face-to-face.

The individual reading, reviewing/listening … and watching provides the assets, insights and experiences of others that are required to begin to form an opinion. As Vygotsky (1926) points out, learning doesn’t occur in a vacuum, there are stages, or step changes, related to coming to a more mature response to something. However, Brown suggests during the course of the presentation, that merely attaching oneself to the periphery of group work that interests you, could or will, if you play your role, lead to a kind of reverse centrifugal force during which you will be drawn into, or tumble in amongst, the activity at the centre of the group. The example he used was on contributing to the development of Open Source Software, the outsider attaching at the periphery and through participation, confidence, demonstration of ability, through ‘tinkering’ and engagement, gradually proving themselves worthy of participation in the ‘inner sanctum’ as it were.

If we think of the best way to learn a language as ‘immersive,’ then perhaps there are many more occasions where similarly immersive, participatory learning could have a place and produce, as a result, better ‘results.’ That there is no point in being precious with knowledge, instead of keeping it close, let it go, build reputation, share ideas. How authors or creators/creatives earn a living from the expression of their thoughts is another issue. 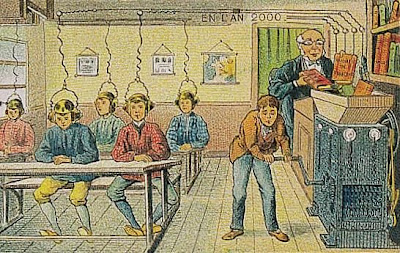 Models are changing across the board

This is completely counter to my experience of secondary and tertiary education, indeed, I liken myself to Brown who talks about his writing code that no others could read and being proud of this. We kept everything close to our chests. However, putting on theatre shows and later moving into TV and Film production, I was involved in a highly participatory activity, indeed, coming in as a runner, or production assistant is/was and still is the way to gain experience, learn on the job, prove yourself and through will, willingness and personality, being drawn in or permitted into the ‘inner sanctum’ which you might call the key roles of producer, director or writer (compared to assistants to any of these, or assistants to the assistants).

The experience in person would have been satisfactory. As you listen you may take notes, may refer as appropriate to the slides he uses, as well as watching his facial expressions and body language and listening to the change in timbre, tone and pace of his voice, all adding emphasis, nuance and even colour to what he is saying. As someone from Television, who has covered lectures/talks it disappoints me that little adequate thought has been given to why certain shot sizes work better, the variety of shot sizes, the angle from which it is shot, even the lighting as Brown often steps back into the shadows, let alone when and how to use cut-aways to the slides and to the audience. However, for a change, the sound quality is good – often it is atrocious. If you get bored or distracted count how many bald heads there are, try to see who is taking notes, does someone get up and leave then return.

None of this is pertinent to the piece and should never been in the frame! Indeed, picking up on what he says later I ought to load this into iMovies or FinalCut Pro, frame him, cut in therefore, and source alternative or better slides.

To cut back its length I may cut in audience shots, whether or not they are of people at this presentation so long as they appear to make a match. What Brown himself would applaud and calls ‘tinkering,’ which is perhaps his thesis.

To tinker is good. Participation is effective.

Enrolling people, engaging them, team-work, motivational techniques … all suggests the teacher not as subject matter expert, but as host, guide or coach … so simply the person with first-hand experience. ‘Understanding,’ he says, ‘is socially constructed’.

Online producers are yet to convince me that they have got it right. I doubt there is a single ‘best’ way to cover such talks/lectures … you may want to preserve the veracity of the presentation and therefore cut nothing at all, indeed, professionally for multi-media and for multiple platforms ‘we’ may provide potential editors with shot sizes and cut-aways to allow them to make their own editorial decisions: this would be in keeping with what Brown describes as ‘tinkering’ later on.

Dr Ian Rowland gave a chat, without visual support. Brown gave a talk with visual support that was weak – they didn’t complement what he was saying, they lacked, IMHO, adequate emphasis.

The answer, which those in education, where the budget permits, should do, is for writers to work with visualises, as in advertising copywriters work with art directors, or giving the emphasis to the director, as directors do with another person’s screenplay/script in TV. This isn’t so far-fetched, modern educators can shoot and edit their own video, and as educators surely they ought to be more away of the need and benefits of appealing across the senses. For example, if this presentation were going to 17,000 managers across the Deutsche Bank I might have the budget to employ an illustrator/cartoonist such as Steven Appleby to make more of these supporting images – to make them more memorable and appealing, and in so doing, strengthening the message.

It isn’t paradoxical at all. We live in a mixed and multi-media world. Those recording these events, as here, shouldn’t just be alert to accessibility issues (sight/sound), but to learning choices an audience/readers might like to make on how they engage with the material based on personal choices and circumstances.

Often, despite balking at reading all the time, I would prefer the peer-reviewed, published paper that can be read in a fraction of the time it takes to sit through a ‘talk.’ Already I behave as my 12 year old son does and would have listened to John Seely Brown, while reading the transcript, while (as I did) executing quick Google searches on all manner of things that he mentioned, from ‘what is a ‘bull meeting,’ to the credentials of those he mentioned (what does it say in Linked In) and any related reports John Seely Brown may have penned SINCE this presentation in October 2007.