A five minute presentation on facilitating a creative workshop 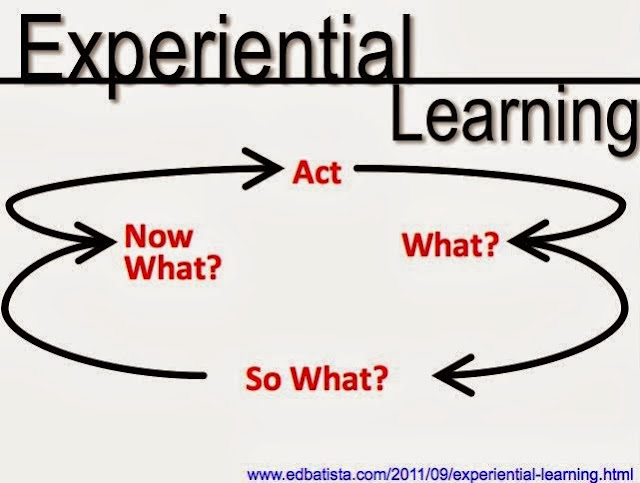 Challenged over the last couple of weeks to create a 10 minute presentation as part of the Open University postgraduate module H818:The Networked Practitioner (part of the Masters in Open and Distance Education) I’ve barely had time to reflect on this experience when I find for Oxford Brookes University I am creating a 5 minute presentation as part of their online course First Steps into Learning and Teaching 2014 (FSLT14).

I would have written a shorter letter, but I did not have the time.

Anything less than a minute is a TV commercial and might take months to get right.

I’ve known this ever since I took an interest in working in TV (Drama short on Channel 4, otherwise 150+ videos in L&D)

I am at least starting to get the tools I use to sing:

Both these for the iPad (I love the tactile)

Other Apps are available.

My issue with the FSLT 14 brief concerns the assumption that a non-wordy presentation – PowerPoint has been banned, any text may only appear on the overlay – is that the first, second and third rule of any ‘audio visual’ presentation such as this is (to quote Alfred Hitchcock):

You have to write words to rationalise and order the visual.

You write a script in two columns: one describes what you see (the most important), the second what you hear (which is likely to be the spoken, or acted word – as well as sound effects and music).

Anyone familiar with a screenplay or TV script will be as capable of reading such a script and seeing that happens as a conductor can read a score and hear the music.

Galleries of images and instant search for images is both distracting and limiting. They encourage the ‘creative’ to shoehorn inappropriate, compromise and copyright images into their work.

Far better, not that I’m about to do it, is to stick to the words in the script (easily edited and re-written for effect) and at most doodle an impression of an image: I like using a drawing pen on a large sheet of cartridge paper, though a stylus on the screen of an iPad might do.

So, I’m locked down in ‘writing mode’ at the best time of the day on the best day of the week – early on Sunday morning.

And I’m sharing this practice online. Though currently my expectation of feedback is limited. I miss the way were over a decade ago writing in Diaryland. Feedback guaranteed on the 24 hour cycle as fellow bloggers picked it up around the globe. I know what’s happened, and this blog is testament to that given that I transferred content from 1999-2004 to this space – I have spread myself too thinly.

Who knows what I am writing about anymore?

In this first years it was a balance of writing and the personal following authors who did the same and that group of us who were ‘always there for each other’ had one thing in common – the desire to develop a ‘voice’ and have stories to share.

It may only be five minutes, but I need at least to remember that this is a story – that above anything else, narrative works. The ten minuter I completed and presented earlier this week was too worthy, too explanatory. Let’s see if I can evoke the feelings that came from the workshop I ran:

Let’s also see if I can write what in my heart I want to say, rather than trying to write what anonymous others expect to hear. I do so loathe guides on assignment marking which can reduce something exploratory, that should have momentum and flow, into a ‘tick box exercise’.

And the first thing I do?

I turn to Brushes and draw my own graphic and will see if I can, like Julian Stodd, settle on a graphics style rather than relying on images purged from the Web. I want to use my own photos, but this too requires that I take pictures that deliver the right message.

A couple of hours later I have this.  And on reflection, prefer the process of devising your own take on someone else’s graphic, just as one ought not to quote verbatim from other authors, but interpret your take and understanding of their thinking. 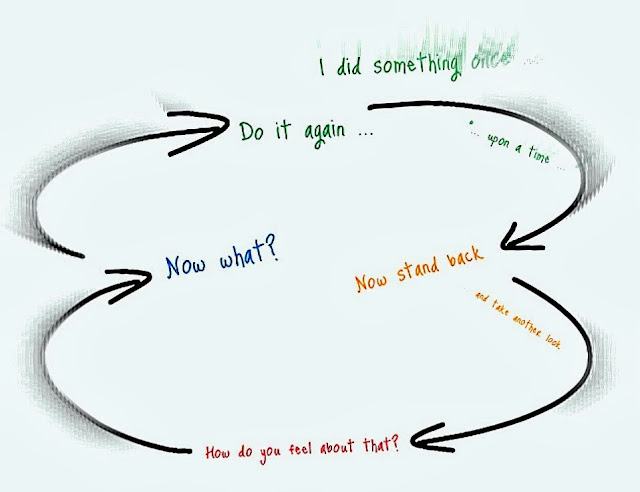 By Jonathan Vernon in Creativity, Management, Team Building on February 23, 2014.
← How I assembled a presentation as an exercise for the Open University Master of Arts in Open and Distance Education module H818: The Networked Practitioner Why did the people on a course I ran learn what they learned? →