Home » skiing » What is it like to ski the last week of the season in the French alps?

What is it like to ski the last week of the season in the French alps?

25 years ago I fell in love with Spring skiing … and fell in love. On May 2nd I was skiing in Tignes when I got down on one knee and proposed …

Fig.1 Roche de Mio looking across to the Bellecote peak

Above 2000m you have plenty of snow. It is groomed thoroughly every evening and in the morning is hard and covered in ice-balls. This softens up into sliding icing for the middle of the day. You go higher. 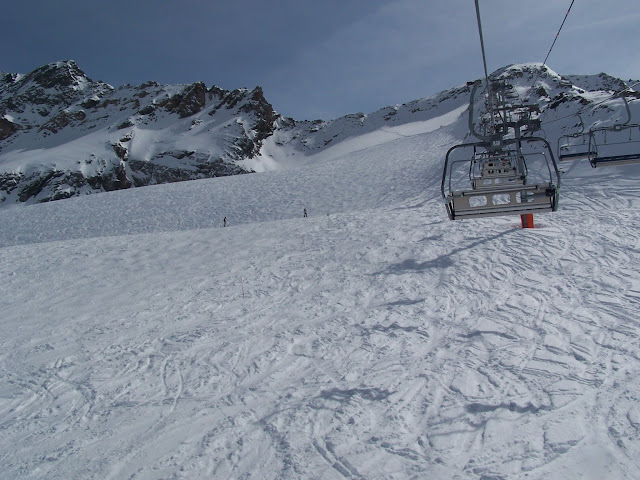 In La Plagne you get to 3050m where there have been a few centimetres of fresh snow. 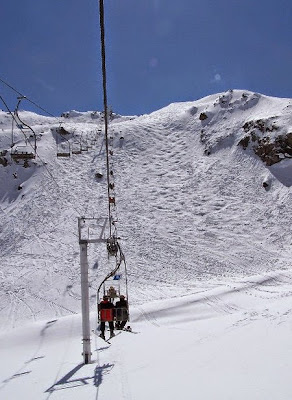 Over in Les Arcs on the Auguille Rouge you get up to 3250m. Total block is required in the sun. Your face risks burning like bacon left on the hob. 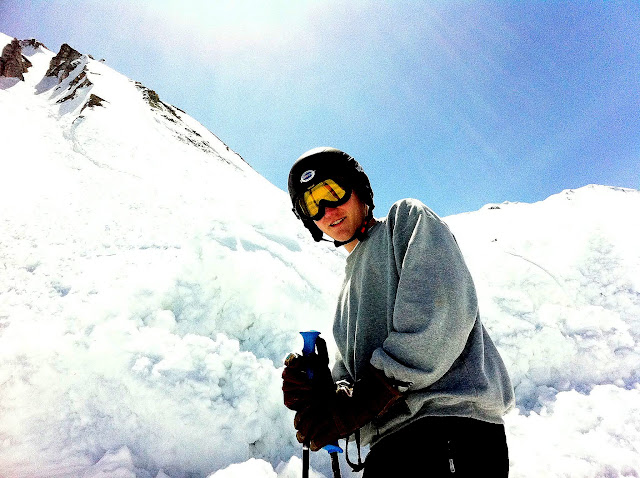 Fig.4. Skiing in late April 2013: Too much snow? So much gaps had to be cut through drifts and avalanches. 3m!

Two years ago there had been so much snow we…

By Jonathan Vernon in skiing on April 23, 2015.
← How we create fictional characters in our mind. Steven Pressfield’s Foolscap Method – prep on one sheet of paper →