Created in SimpleMinds. get in touch if you’d like a copy. Download the SimpleMinds App for free.

Nearly 600 pages that follow a chronology that is familiar. Insights on Haig are limited – perhaps reading Haig’s diary and a biography at the same time would help. This is written by a military historian with judgement of Haig’s command key. We get little insight into the man – if there is much a a personal life to probe. His diary appears to reveal little. What does come over is how often Haig was to blame for actions that were unlikely to succeed in doing much other than expending a good deal of munitions and men – time and time again he planned an offensive that would lead to a break-through, require cavalry support and put tens of thousands of men against barbed wire, machine guns and shrapnel. His greatest skill was to climb and keep climbing the ladder of promotion and to tread carefully around events which might have led to his being passed over for promotion … or his resignation asked for, or accepted.

My first read. A second read possibly to follow unless I can be pointed to a biography. 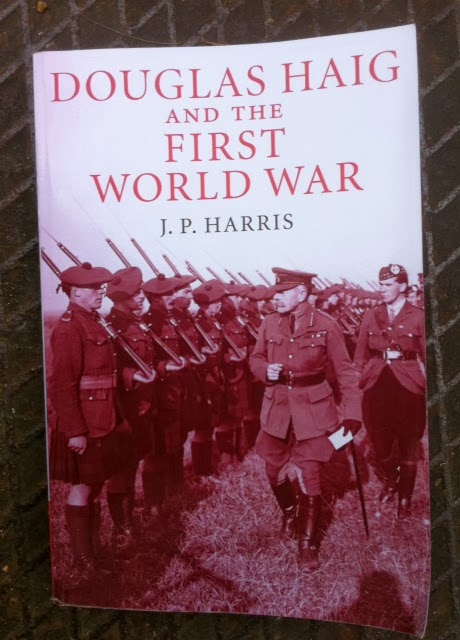 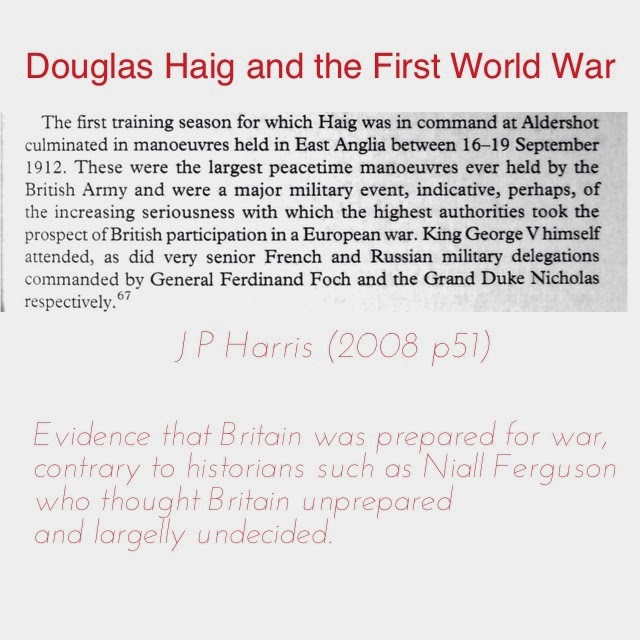 Britain had been preparing for war with Germany as is clear from manoeuvres, in this instance with both France and Russia, in 1912 (Harris, 2008:51). Perhaps the re-organisation of the Army to have the Expeditionary Force, however small, was part of an anxiety and vulnerability – had Britain not also contemplated conscription? 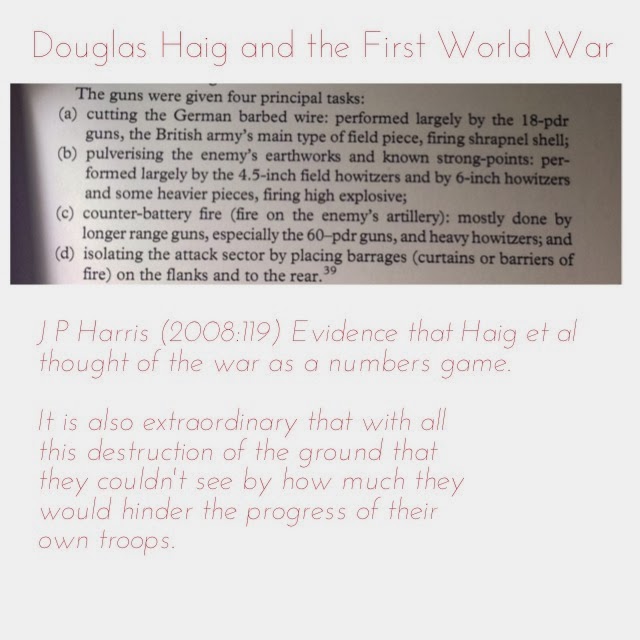 As the nature of artillery changed – longer range, great accuracy and a diversity of shells types from high explosives to shrapnel it is staggering that proper thought wasn’t given to how destroyed the land was over which the armies would have to travel. 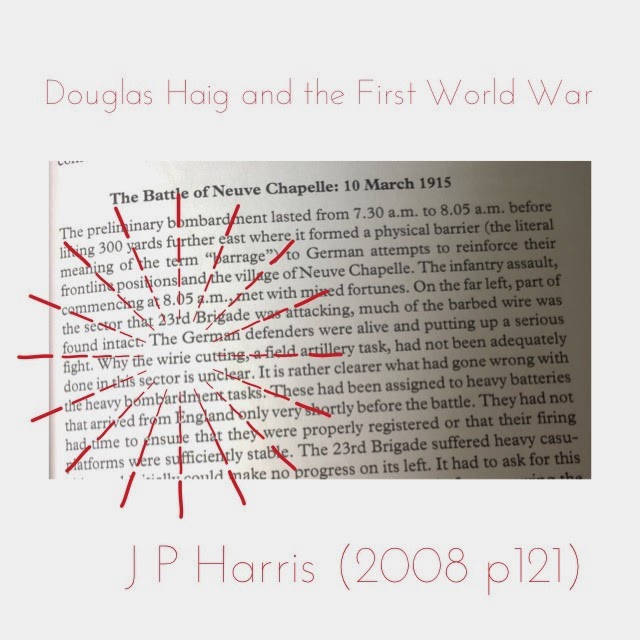 Typo alert! Actually there are a couple more but I so no value 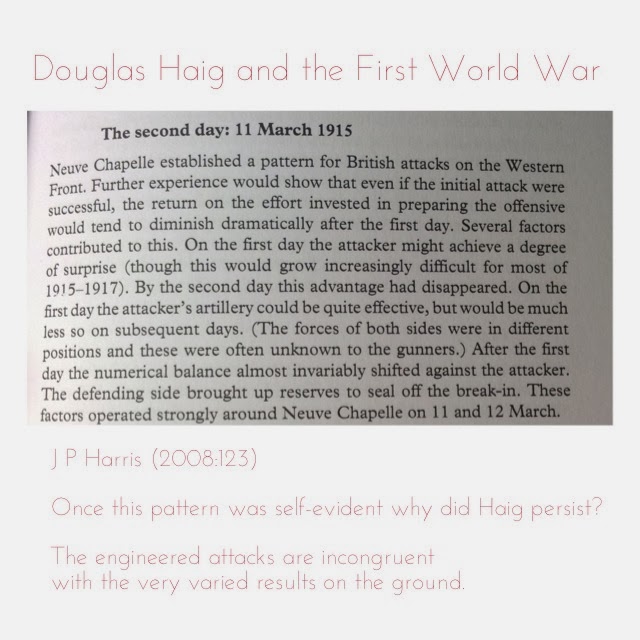 Where tactics have failed to deliver why did Haig persist? How could more of the same possibly get better results next time? What part of his mindset made him stick to this? Does he lack imagination? He appears emotionally dry or aloof – his relationship with his wife and family hardly suggests a person with a close emotional attachment. 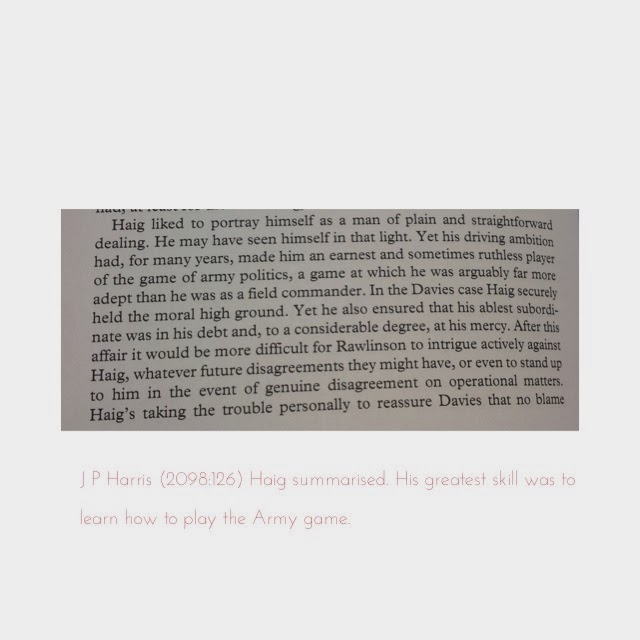 Haig’s greatest skill and purpose was to climb to the top of the Army ladder – what he did or could do when he rose to the top was another matter. This isn’t what makes a great leader – he is like a career civil servant. But what would a hot headed, womanizing, gambler of a man done with this power? If Haig made mistakes they need to be considered and compared with other leaders on the Western and Eastern Fronts. Had Britain a leader like Foch, Neville, Falkenhayn or Holweg … or the Russian aristocrats would we have fared better or differently? And if we’d had Robertson rather than Haig? 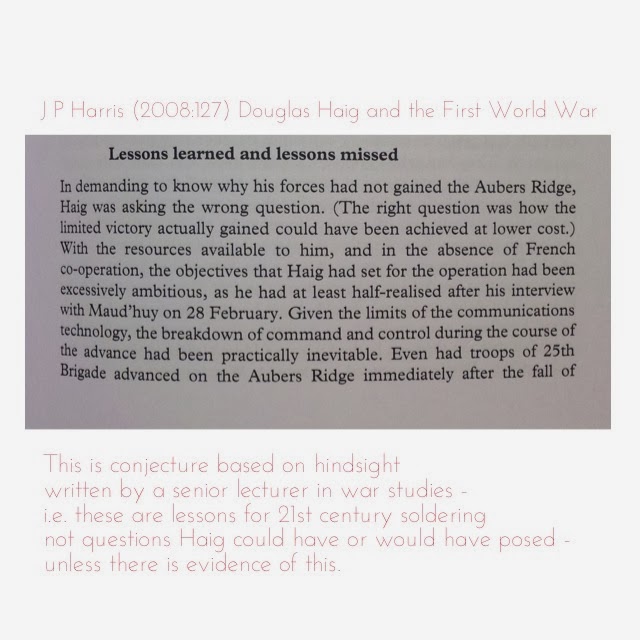 History written by a military historian is different to history or biography – the audience here is expected to learn and potentially apply at staff level the lessons from past battles. Haig’s diary is revealing because in this supposedly private moments he is reveals so little: statements of the weather, not what this could mean, statement of events without reflection on what he did well or badly. Self-control in both his public and private life. 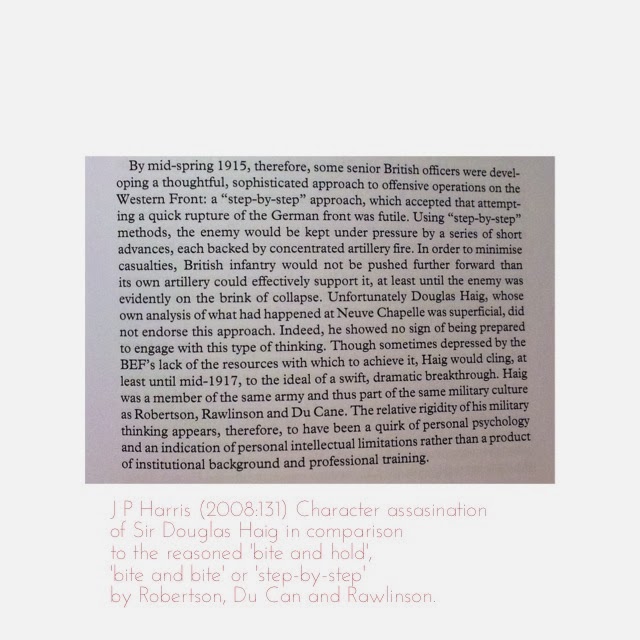 To understand Haig then we need to know who the alternatives might have been and whether in reality they could or would have behaved differently: Robertson, Du Can and Rawlinson are different men. 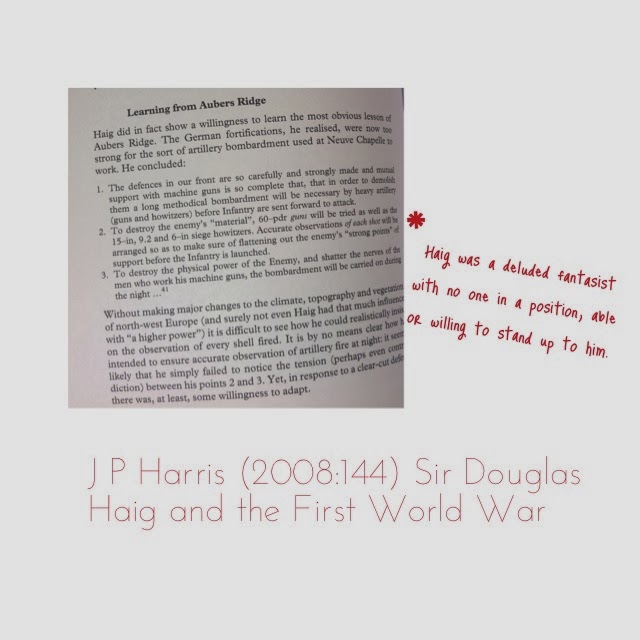 My impression is of a deluded fantasist with no one able or willing to stand up to him … not even Lloyd George. Haig, with Royal patronage and few competing for his role, could and would do as he pleased. He resented having to play second fiddle to the French. In the early stages of the war he ignored orders or requests with potentially dire consequences yet he got away with it. 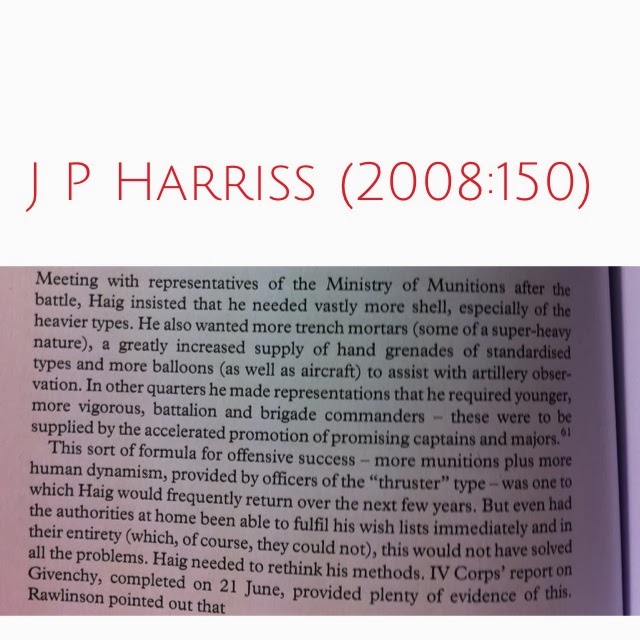 Haig’s tactics: more munitions, human dynamism and officers of the ‘thruster’ type – people who would risk all regardless. Is there anything we can learn from Haig’s achievements as a polo player from this? What does it require to win at polo? 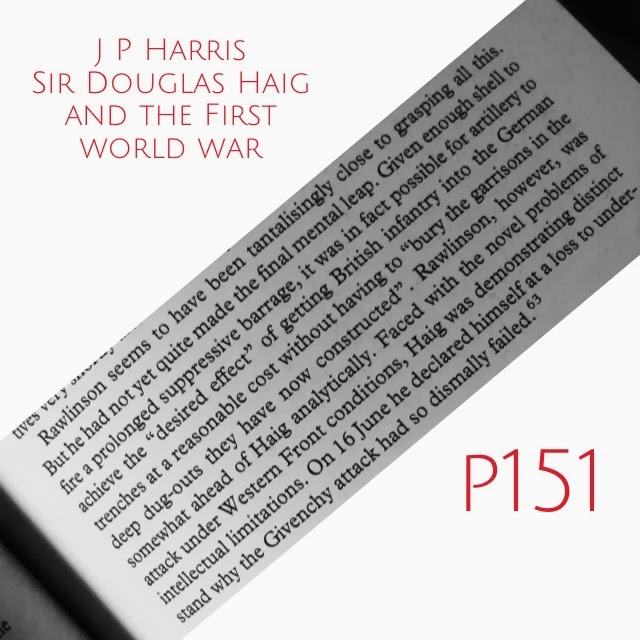 Haig pressed on with tactics that would leave many thousands dead for little gain and he wasn’t able or willing to question what he could or should do differently. 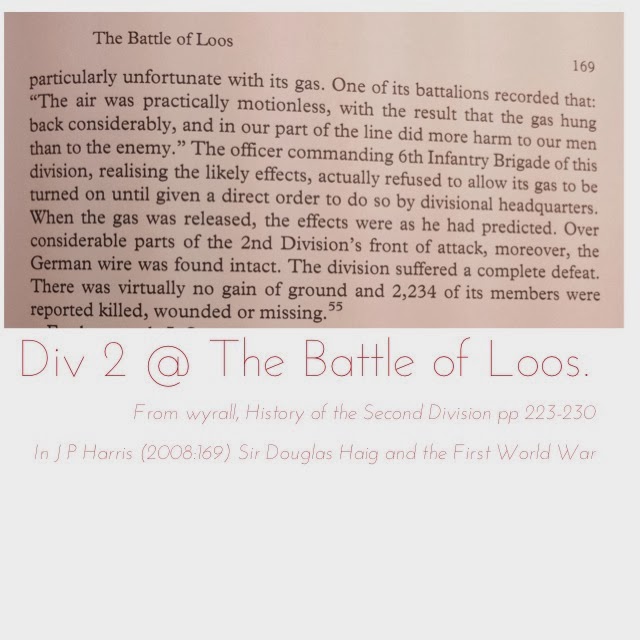 How clear did failure have to be to get Haig to change his tactics? 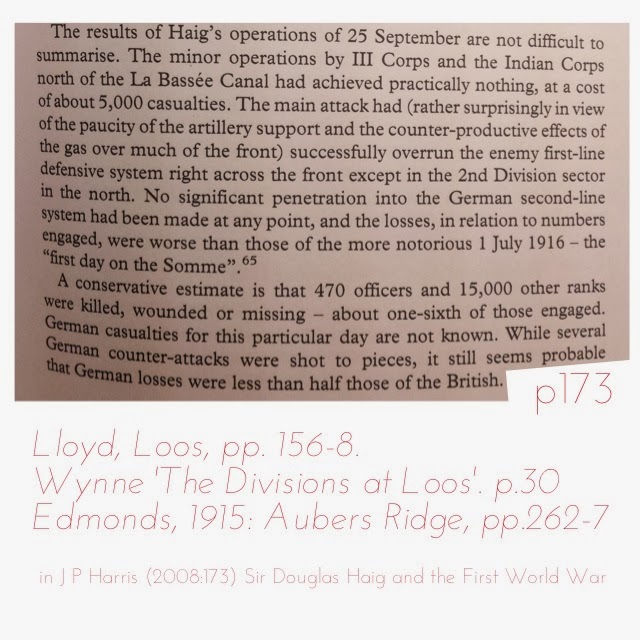 Failure of this kind should surely have seen Haig replaced? To what extend did his ‘moral fibre’, his otherwise untarnished character, make it less easy to remove him? 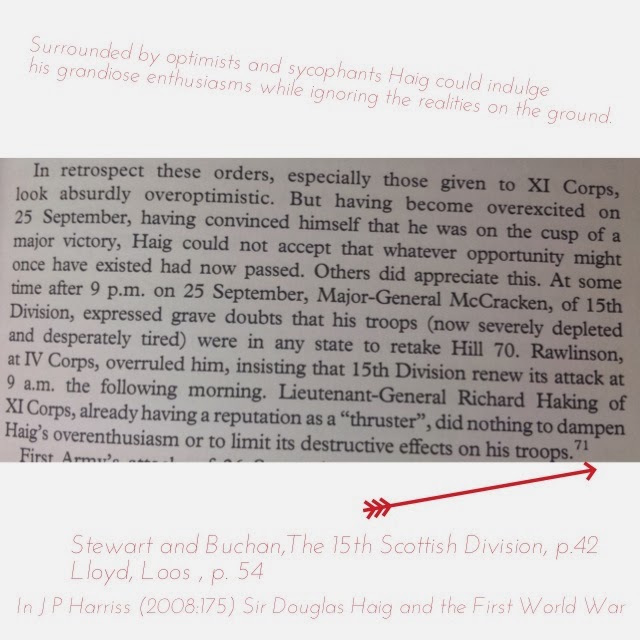 Overexcited, overoptomistic, blind to failure, forever looking beyond the horizon, convinced cavalry had a role, yet able to try gas and tanks … anxious for his peers and superiors to shower him in praise and his subordinates to be fawning … 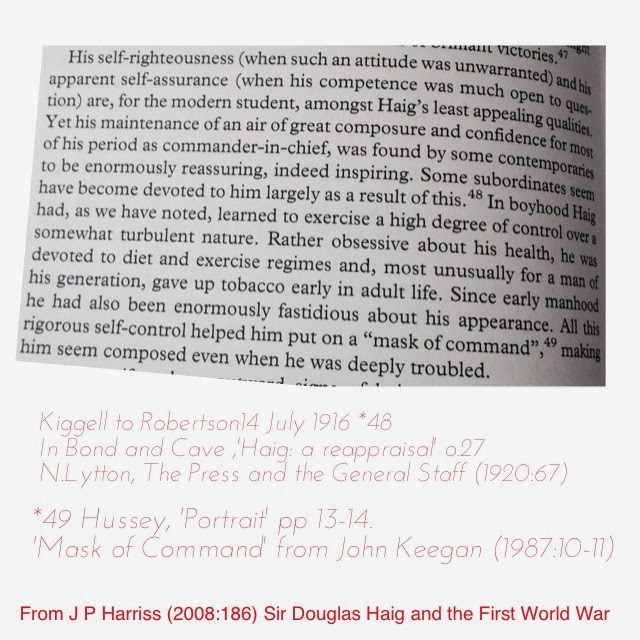 Self-righteous and self-assured – did his religious beliefs permit his unstinting view of the world? He had the image of someone who deserved authority and respected it. He was fit, sober and in a stable marriage. He worked hard and played the game well. Born into a different age could he have survived? He lacks the flair of Montgomery or Churchill. Described as taciturn, to what degree might or could his asthma have been a controlling influence? 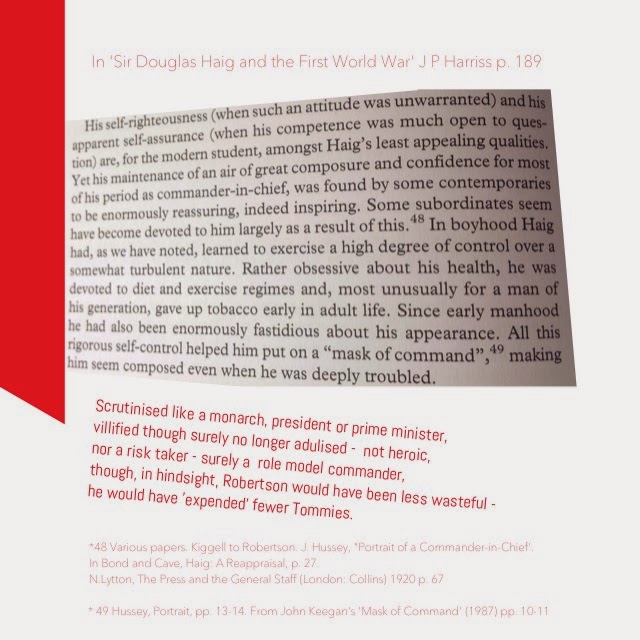 He looked the part and was fastidious about his health – what else could as asthmatic do in the early 20th century? Did he know what the triggers were, or had he learnt from experience to avoid certain foods and situations – not least smoking? Was he prone to chest infections? 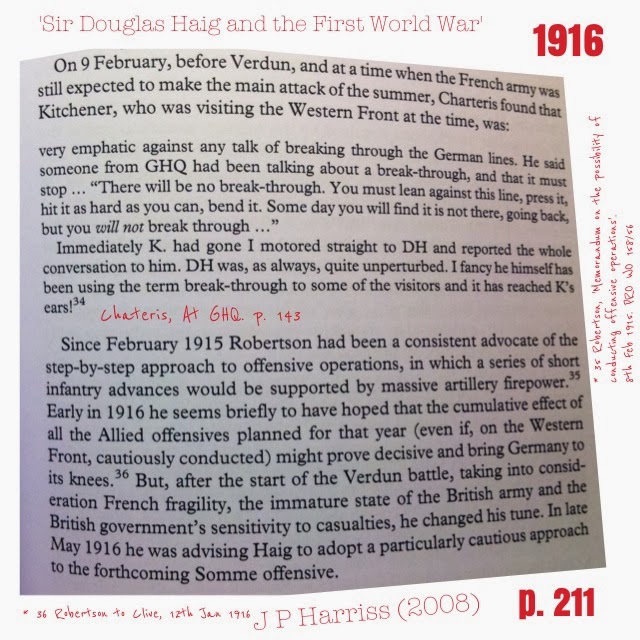 Whilst those around him realised all talk of a ‘break-through’ was unrealistic, this is what Haig constantly planned for and expected. Or was it simply wishful thinking? 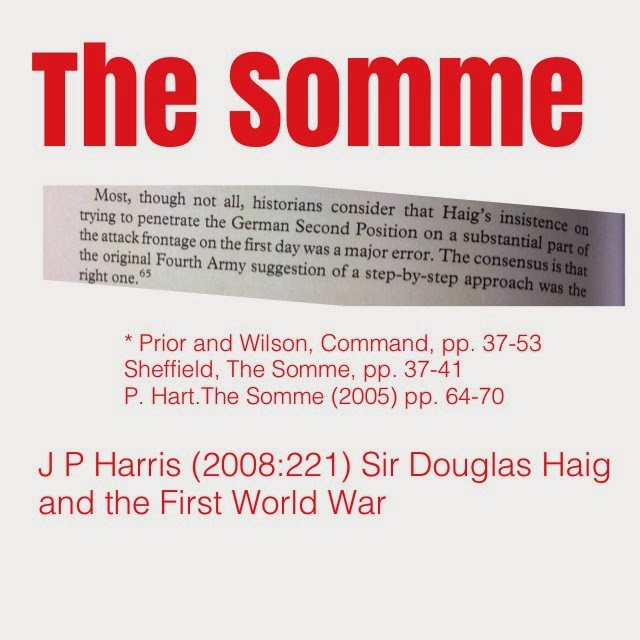 Step by step is what occurred … as a result from efforts to breakthrough? A case of shoot for the stars and hitting the moon? That in Haig’s eyes step by step would have equated to inconsequential nibbling? 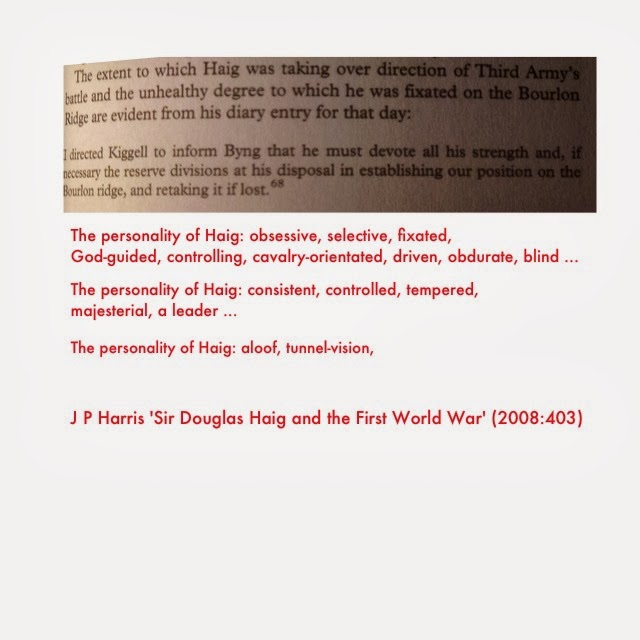 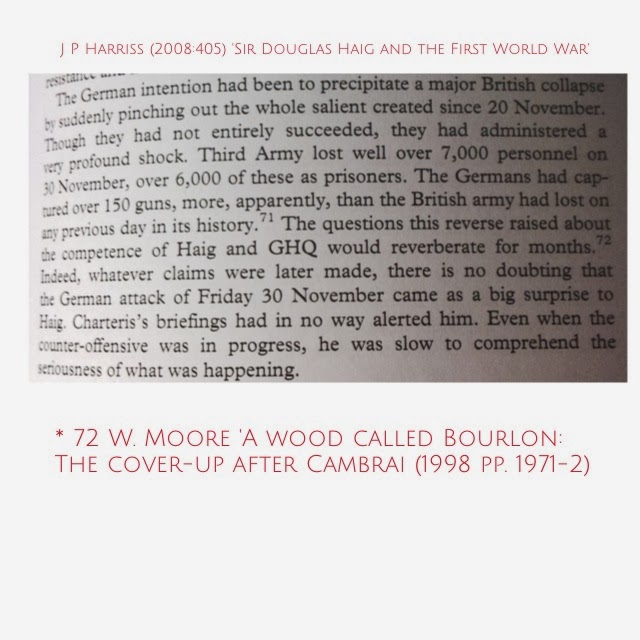 Able to comprehend, but unable to bend? Unable to think of any alternative. The world around him changed, but Haig stayed resolutely in the 19th century. 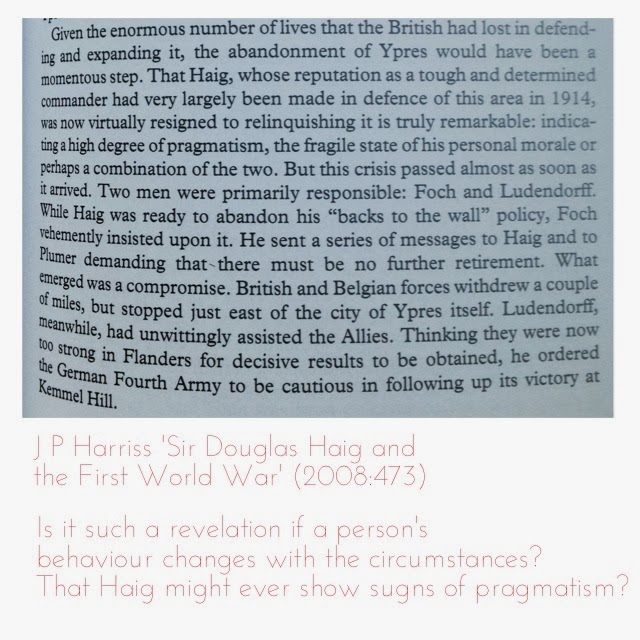 Chance the way the leaders played off against each other? Men like so many bullets or sandbags, simply a resource to count then stack in the knowledge that there would be great losses but that these could be shored up? 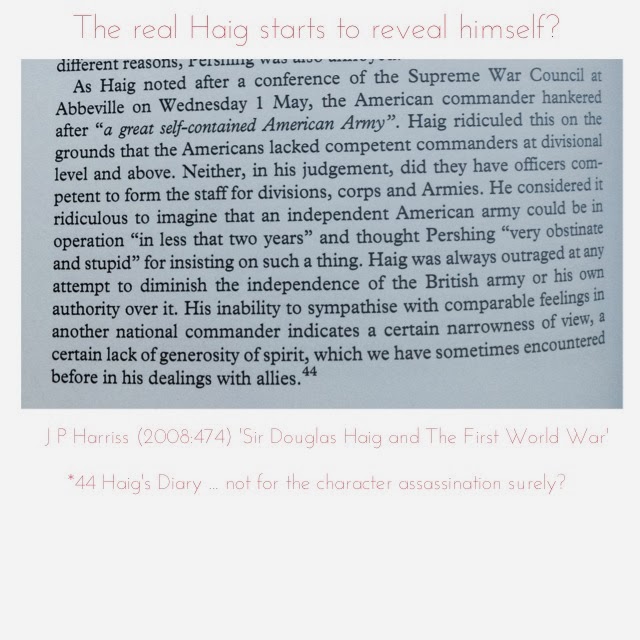 He didn’t like to have his feather’s ruffled. He wanted the game played in his way with him in charge. 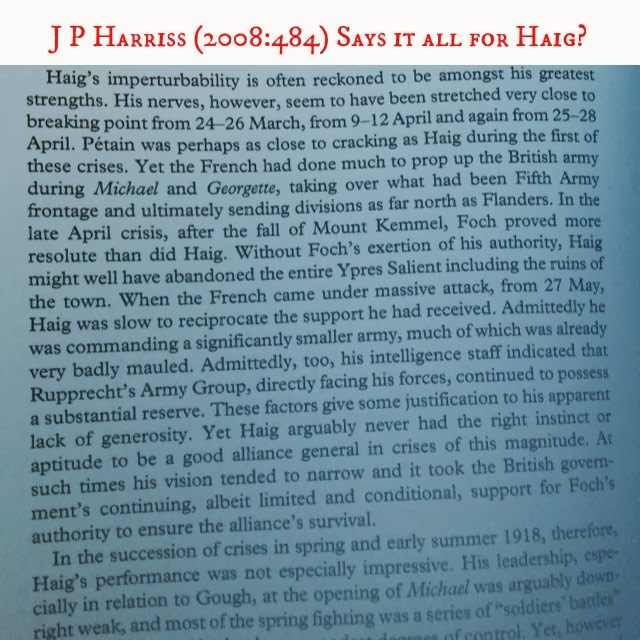